Play the classic game of battleships with a Squiggle video call. 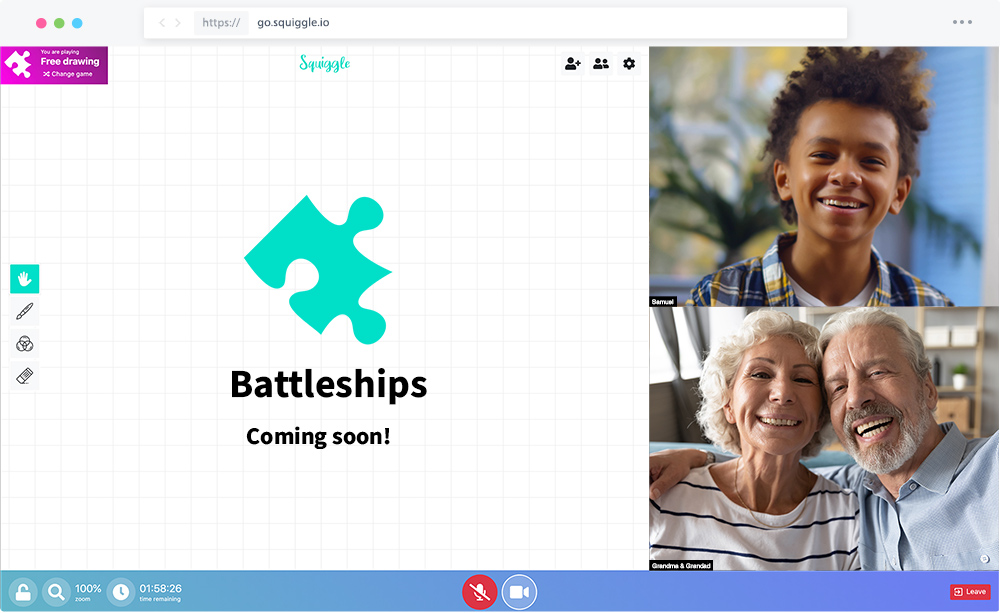 Battleships is a timeless pencil and paper strategy game loved by kids and grown ups alike.

Take it in turns to take shots at your enemy and try to be the first to destroy their fleet.

How to play battleships

Each player has two grids. One to display the location of their own fleet and the other to mark where they have targeted their shots.

The grids are 10x10 and each grid square is identified by a letter and number, for example B7.

The players position their own fleets first. Each player’s fleet consists of the following warships:

When the ships have been positioned each player takes it in turns to take a shot at the other player’s ships.

Player 1 may try a shot at square C4. Player 2 will then announce if the shot resulted in a HIT or a MISS.

Player 1 records the result in their grid showing their shots. Now it is Player 2’s turn to take a shot. Play continues back and forth.

When all the squares of a ship have been hit the player who owns the ship tells the other player that they have destroyed the particular class of ship.

The game continues until a fleet has been entirely destroyed.

Battleships is work in progress and will be released soon.